Last weekend, Mr Warry led a party of Amesbury tennis players to the National Tennis Centre in order to participate in a charity tennis marathon! The event was in aid of ‘Bright ideas’ to raise funds in order to expand their disability tennis programme, ‘I Play 30’.

Thanks to a parent for this report on the event.

“It was the most incredible opportunity for any tennis fan, to play at the National Tennis Centre at Roehampton. Alexander was so excited all day, then I packed him off with his autograph book, tennis rackets and snacks.

On arrival, Andy whisked them off to their “palatial” designated room and he enthusiastically and knowledgeably gave them a tour of the courts where famous names play and the press room. Andy organised for the children to play on other courts before and after their allotted marathon timeslot with the Davis Cup pros. Alexander played with Lucy Ahl, former British no 1, James Auckland and Marcus Willis (best known for knocking out big names and playing against Federer at Wimbledon 2016). He played doubles with them, and James and the pros were, by all accounts, incredible with the children; fun, kind and constructive.

The children cheered each other on and finally at 11.45pm ended the Amesbury slot with a serving competition where everyone went wild as Emilia and George hit the targets.

Andy looked after the children impeccably and undoubtedly went way above and beyond to give them “the best night of their lives” – as at least six of them have said to their peers/parents. Alexander and I really want to give him a “shout out” for getting Amesbury involved in this initiative, it’s really a privilege, something for the school to be incredibly proud of and all credit to him. The children will never forget the evening.”

Well done to everyone who took part! 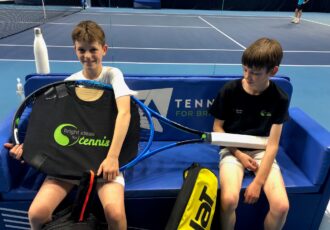 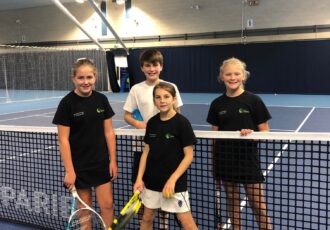 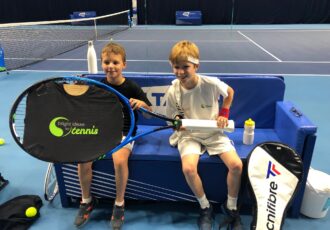