“It took all of us to build the web that we have. It will take all of us to secure its future” Contract for the web

Sir Tim Berners-Lee has concerns about the way the web has developed since he invented it. So, in its 30th year, his World Wide Web Foundation has launched the Contract for the Web. At its launch he said, “The power of the web to transform people’s lives, enrich society and reduce inequality is one of the defining opportunities of our time. But if we don’t act now — and act together — to prevent the web being misused by those who want to exploit, divide and undermine, we are at risk of squandering that potential.” We took these concerns and the principles outlined in the Contract for the Web as our theme for Safer Internet Day this year.

We tapped into parents, ex-parents and gap students in our community to lead sessions challenging pupils in the prep school to consider cyber security, the complexities of providing the internet for all, data security and how their actions can influence the direction of the web. Mr Decker discussed with pupils the implications of a world where superfast Internet is an ever-present facility, how more and more devices are becoming connected to the web and the amount of data that they are generating. Alongside understanding what Internet companies are and are not capable of, in terms of protecting individuals, versus those things that are the responsibility of everyone, in order for the Internet to be a safe world to inhabit.

Mr Arthur presented to the children on the topic of cyber security. The surface web, deep and dark web (and what happens therein) were described and the discussion also included information around the potential threats to individuals and larger multinational companies around securing data. Memorable password creation concluded the session, debunking the myth of hard to remember long strings of random characters as strong passwords, rather using a series of more memorable words e.g.SchoolBrownJumper.

Mr Knox spoke to the older pupils about the pros and cons of encryption which is presented as a good thing by organisations such as Whatsapp. However, whilst it may be good for individuals, it can make the job of keeping the general population safe very difficult. He spoke to the younger pupils about “good” apps and “bad” apps and those in the middle which have the potential to be good or bad depending on how they are used.

Mr Soal and Mr Hubbard, two of our gap students, helped pupils to recognise how important the web is in their lives and how we tend to take it for granted. They encouraged pupils to think about how they could use it as a force for good. Pupils ended the session by writing slogans to encourage everyone to take their
responsibility for the web seriously. Here are some examples; “Use it or lose it; don’t abuse it. Keep calm and carry on spinning the web”, “Don’t be digitally annoying, be naturally amazing”, “Master the web or be caught in it!”

The talks were followed by a lively debate in the afternoon on the motion “This house believes that the collection and sharing of data by organisations is beneficial to society and the individual” chaired by Mr Hamilton. The speakers were two year 8 pupils; Silas and Lissie, the Digital Governors; Mr Whitby and Mr Starmer, and two members of staff; Mr Armitage and Mrs Probert. Arguments about the individual’s right to privacy were pitted against the value of data collection in fields such as crime prevention and health care with the motion ultimately being defeated by about two votes to one. See the end of this article for the speeches written by the two pupils.

The younger pupils looked at some standard e-safety themes; keeping personal data private, respecting other people, being kind and recognising the right of others to say “no”. These are basic messages for using the internet but are so important to embed into children’s habitual behaviour as they start to use technology. Activities ranged from experiencing online learning and filming themselves to thinking of ways to compliment others and ask permission, from making special boxes to keep personal data safe and friendship bracelets to creating a rap and role playing how things can go wrong.

By the end of the day, all year groups had created Flipgrid videos of their learning and ideas for the future positive development of the web to share across the school community and prompt further discussion in the following weeks.

A huge thanks to everyone who was involved in making the day so effective – the speakers for their thought provoking messages, the staff who facilitated the activities and discussion, Mr Sharps and Mrs Heel for ensuring that all the tech work seamlessly on the day, the catering staff who provide the much needed refreshments and the children who participated whole heartedly and made all the efforts worthwhile.

During the day the pupils completed an anonymous survey about their internet use. The same survey has been carried out for the past three years giving us an on-going and growing picture of the way that internet use is changing at Amesbury.

For more help and advice please visit Internet Matters website for support with setting up devices, information to gain a better understanding of the things that children and young people do online and advice on talking to your children about their activities. 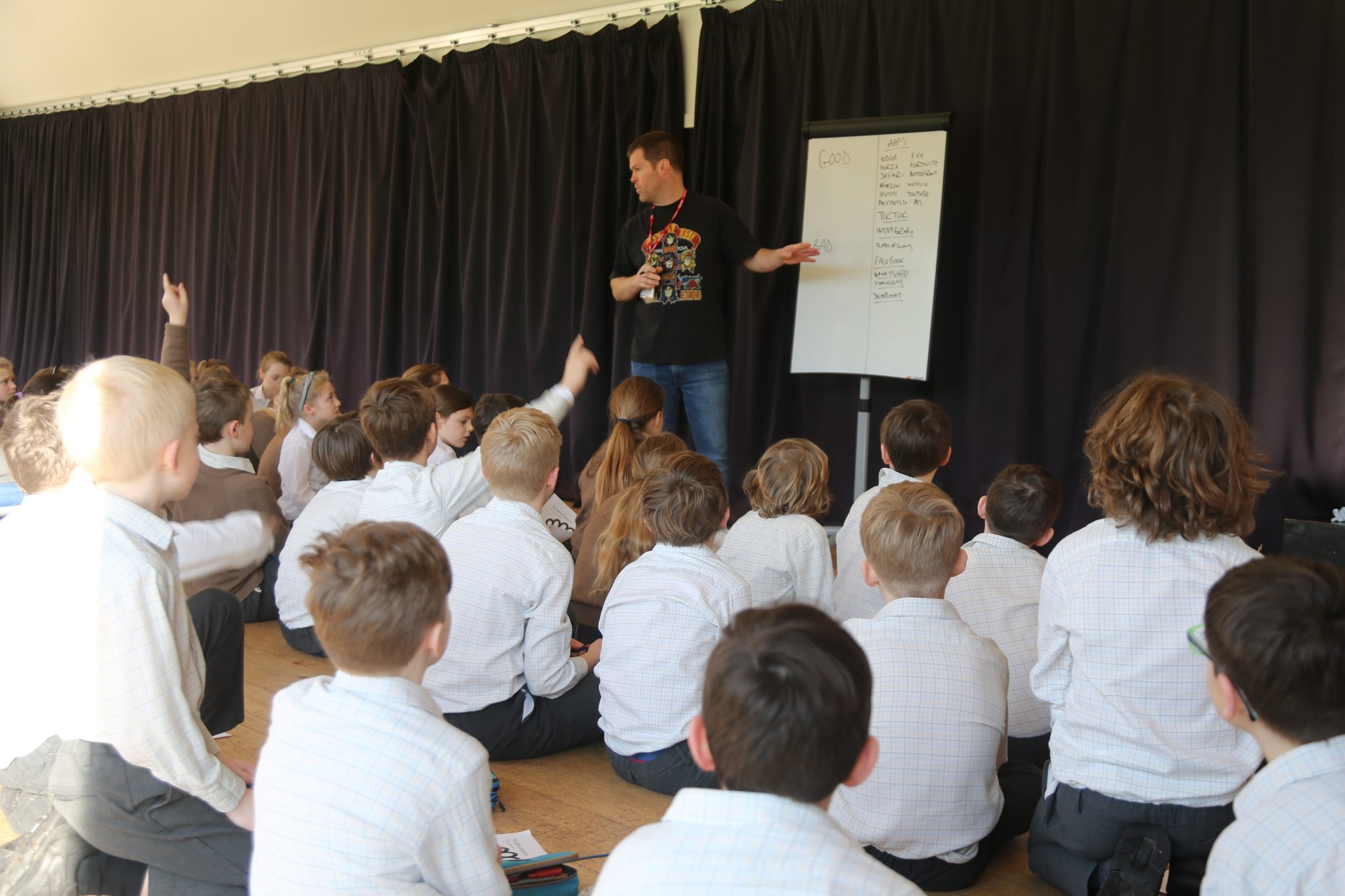 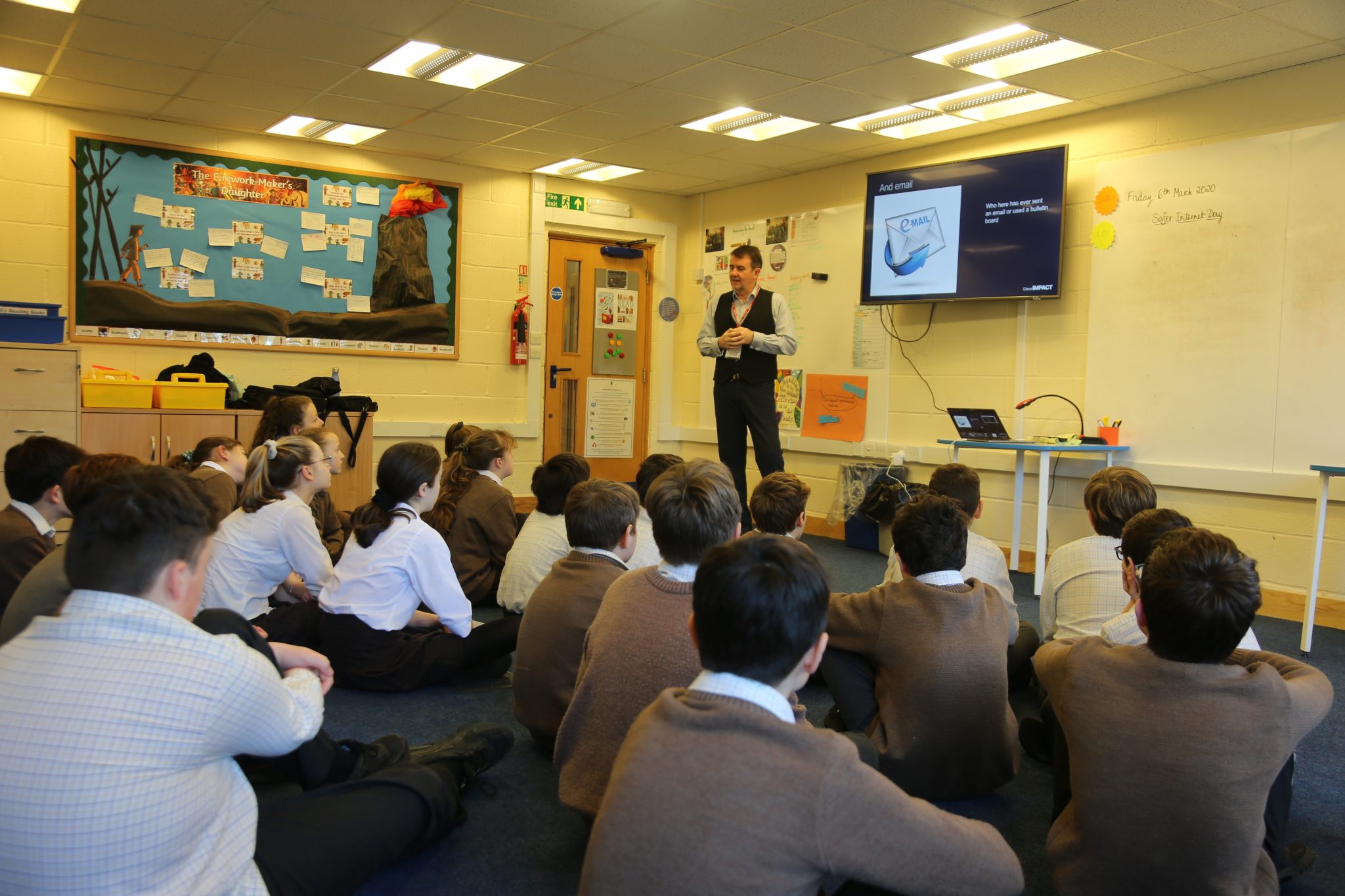 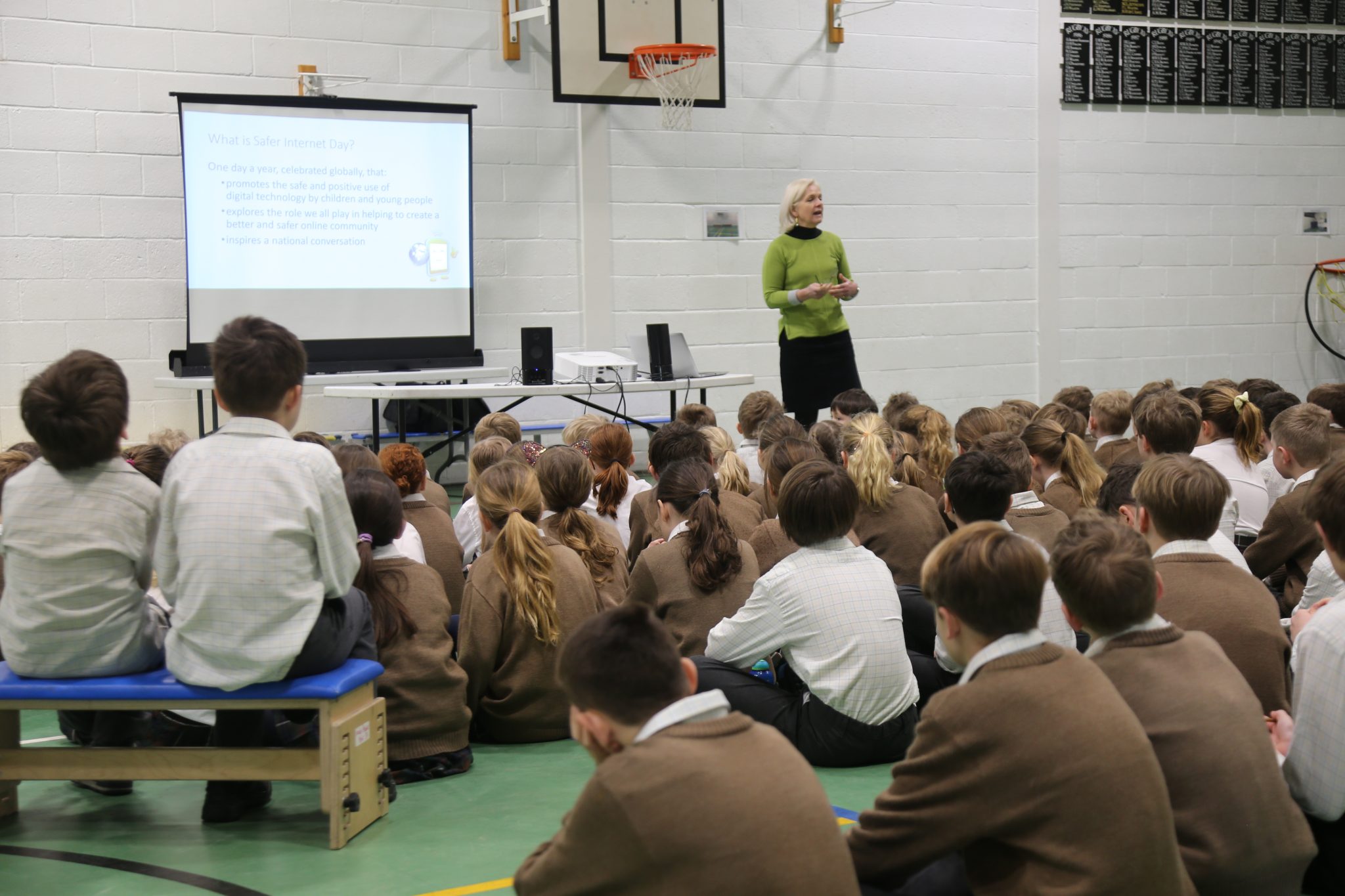